Jeff Minter plays homage to this screen classic on the Atari.  This article was originally printed in the August 1984 issue of Personal Computer Games (page 119).

Alone in deep space. All is quiet. Looking out the viewpoint, the stars drift by as you cruise serenely in the hard vacuum of interstellar space. Reaching out to your control panel you display Galactic Map. Expertly scanning the gridded screen, you spot trouble near one of your Base Stars.

Swiftly you feed the co-ordinates into your warp computer and kick in the drive. The stars rush by, lengthening to streaks as the warp engine hurls your ship towards the FTL jump, then – hyperspace – you’re through and the Battle Computer is giving ‘red alert’. You engage shields and cut in the targeting computer, then, watching your radar, race to engage the enemy in an interstellar dogfight…

So begins Star Raiders, perhaps the most exhilarating video game yet devised. Running on the Atari machines, the game is best described as a sort of real-time Star Trek. All the features are there; Galactic map, long- and short-range scanners, basestars, etc. The difference lies in the fact that Star Raiders is presented in an arcade-type game format. The result is a game which combines strategy and arcade games into one game beside which Defender, Pac-Man, and Donkey Kong pale into mere insignificance.

In the early days of the Atari 400/800, many Ataris were bought just so this game could be played. The impressive 3-D ‘out of the cockpit window’ display attracted the attention in the shop, and once the prospective buyer had actually experienced the fiery battle with the Zylons, it was too late: Star Raiders addiction had set in.

Many have tried to imitate Star Raiders, and all have failed to produce the superb ‘feel’ of the Atari game. This makes it strange that Atari themselves, whilst converting their arcade titles onto the popular micros, have chosen to ignore their best game. I’d love to see it running on a ’64!

When you’re next writing a game and complain that you haven’t enough memory, remember that Star Raiders was written in 8K including all graphics and sound data. Considering the depth and complexity of the game, that is an incredible piece of programming.

Any unfortunate Atari owners who don’t already have Star Raiders should put down this magazine now, rush out and buy it IMMEDIATELY. Owners of other machines should harass Atarisoft mercilessly until a conversion is forthcoming. And Atari should advertise the fact that they have the finest home computer game in existence.

P.S. I know this is very enthusiastic, but I actually know a bit about games and whereas you might not want to play Raiders for more than 2 minutes, I am aware of the true nature of what makes a game addictive. Everyone should go through Star Raiders addiction as a required part of their training. Only after passing through this experience can you comprehend the nature of the video game universe. Regards, Jeff Minter. 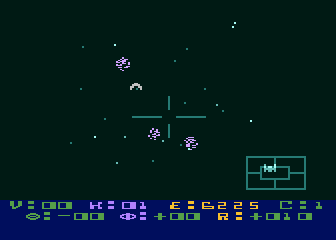 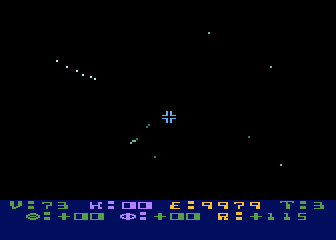 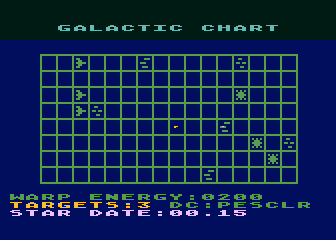