Q: I'd very much like to start by asking you for any memories you have of your time at 3DO Company, your role there with any projects (released and unreleased), and with the benefit of hindsight, what 3DO could have done different to make the 3DO successful.

John Edelson: The early days of The 3DO Company were an incredibly exciting time, since we were launching a whole new generation in home entertainment and video games.  I was invited to interview to 3DO by some SGI engineers who had moved there.  When I joined, we were still in stealth mode and were called SMSG (San Mateo Software Group).  If I remember correctly, we had employee numbers in order of joining, and I was number 13.  Our initial investor group was Electronic Arts, Kleiner Perkins, Universal Pictures, AT&T, and Panasonic.  Our key innovations were integrated high performance 2D/3D hardware, a CD drive for rich media, and a 32-bit processor.

My role was initially to cover half the world in terms of working with developers, and then run the developer program, and then to do the marketing for the European rollout.  There were two of us who were the original team working with developers.  Between the two of us, we contacted a few hundred developers, got them under NDAs, got them to attend our development conference, and then to buy development equipment.  Developers were really excited about the new generation of hardware and the "level playing field" for developers that 3DO promised.

I was let go by 3DO as part of their downsizing in light of the competition from Playstation in January of 1996.  I was in London at the time.  I joined Argonaut as General Manager just a few weeks later. 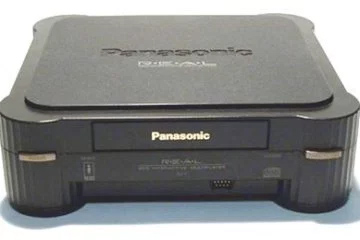 Q: 3DO had the support of companies like Electronic Arts.  While Atari's Jaguar lacked any big name support, it first appeared to have the edge in both hardware power and price.  I ended up choosing the Jaguar, which might not of been the wisest choice, but I was always very jealous of the 3DO's texture-mapped games...

John Edelson: The truth about the 3DO technology and hardware was that it was rushed to market by a team using old-fashioned development techniques (the Atari team), and there were some serious technical flaws.  For instance, the chipset design had some powerful 3D capabilities, but it was architected in such a way that it couldn't really be used due to a flaw in the bus architecture design.  It was a big disappointment that was kept private.  There was also the problem of the high cost of the CD drive and RAM prices, which were very high at the time the 3DO was launched.

When the Playstation came out a few years later, it was a superior design, built around two sophisticated systems on chips.  Their chipset had been developed using the most advanced technology for integrated system-on-chip design.  In contrast, the 3DO hardware had lots of little chips on the motherboard, plus a daughter board.  An even worse design was the Sega hardware, which had even more parts and which had a fragmented memory model which was hard to program for.  The system-on-chip design of the Playstation provided faster performance, more reliability, and made it much cheaper and easier to manufacture.

Q: Did Atari's Jaguar really pose much of a threat?  Here in the UK, it soon became apparent the Jaguar was D.O.A. for so many UK developers/publishers, as Atari lacked the resources to seriously compete.

John Edelson: We all felt that the Atari Jaguar was a bit of a joke in that they were the previous generation of technology (a pair of processors) which, while it was well done, was basically not a step forward. 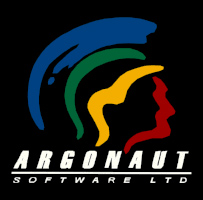 Q: By the time you arrived at Argonaut, what sort of shape were the company in?  I'd been following them since the Atari ST era and while games like Starglider and Starglider 2 had blown me away, they fell short of their own hype by the time Birds Of Prey arrived (late), with Jez San unafraid to mock other flight sims and 3D engines (such as Wing Commander).

John Edelson: Argonaut was an amazing company and collection of talent when I joined, but it was totally messed up by a combination of too many projects, not enough management, enormous ambitions, a perpetual shortage of cash, weak infrastructure, and a frustrated staff.

I ran Argonaut from Jan 1996 through July 1998 and managed the transition of the company from a family firm to two corporations -  each with a distinct growth strategy, management team, and solid financing.  I was pretty aggressive in the first weeks at Argonaut about cutting costs, clearing out some people who had a terrible attitude, killing some development projects that didn't make much sense, and focusing on enabling projects to be successful, not just for short-term cash flow. 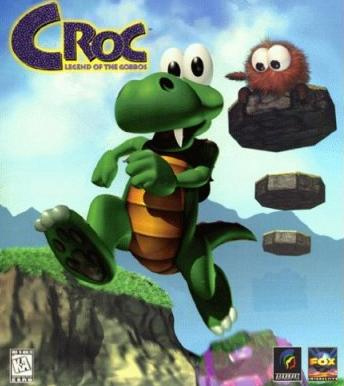 The platforms that I remember Argonaut developing for when I was there was Playstation, Sega, PC CD, Nintendo 64, and Philips CDI.  There were also some Intel Pentium technology projects that we developed for.  The first game that shipped with me as GM was FX Fighter Turbo, the first networked PC 3D fight game.

Q: At Argonaut, did you recall seeing any Jaguar games in development?  It's something of a running joke now as I've spoken to various sources from Atari UK who either confirm Atari wanted, but couldn't afford to license Creature Shock for the Jaguar CD, or converted generic FMV as test footage from it, as well as 2 Ex-Argonaut coders, Martin Piper and Nic Cusworth, who'd seen development kit tech demos.  Jez San has gone from stating (in a 1998 interview) they didn't do any Jaguar games, to stating (in a 2015 interview) it's possible they started work on Creature Shock, but his memory was hazy.

John Edelson: We certainly didn't have any active Atari Jaguar projects when I was there.  There might have been some exploratory work or even active projects prior to my time there, but I wouldn't know.  It's unlikely Jez would have embraced the Jaguar because he was such a technical visionary; I would have trouble seeing him embrace it.  He was always realistic about the 3DO saying that it was a huge step forward in architecture, but he thought it had too many tech problems from the start.  Plus, he really didn't like the Mac development platform.  The Mac development platform was popular really only in the Silicon Valley area; everyone else and particularly in Europe and Japan thought the Mac was a poor choice for development.