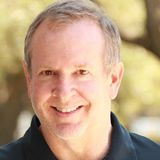 Steve Cartwright is currently a game designer for Accolade in San Jose, CA.  He has designed computer games such as Aliens - The Computer Game and Fast Break, and his latest, Search for the King.  Years ago, Steve got his start in designing games on the Atari 2600.  Steve designed five games for Activision.  They are Barnstorming, Megamania, Seaquest, Plaque Attack, and Frostbite.  In a recent interview, I had a chance to talk with Steve about the 2600.


Q: How did you get involved in programming games for the 2600?

Steve Cartwright: I was hired by David Crane at Activision.  Dave and I went to school together at DeVry Institute of Technology in Phoenix, AZ.

Q: Did you study computer programming in college?

Steve Cartwright: No, this was before home computers.  We studied Hardware Design.

Q: Did you work at Atari before joining Activision?

Steve Cartwright: No.  David and I worked at National Semiconductor together.  He joined Atari, designed a few games there, and formed Activision about a year later.  When Activision was looking to hire, there was no such thing as an experienced game designer.  Being one of Dave's friends, I was recommended to be hired, and I got my first programming job.

Q: Besides the five games you programmed for Activision, did you program any others for the 2600?

Steve Cartwright: There were a half-dozen that were half-way started.  I worked on them for a few months and decided they were going nowhere.  That was typical, though.  Every programmer would start on an idea, work with it a little, and throw it away if it was going nowhere.

Q: Was it a solo project, or did you program the games in teams?

Steve Cartwright: Back then, it was just one guy making a game.

Q: Do you recall Zenji or Dreadnaught Factor?  These games were rumored to be in 2600 format, but I've never seen them.

Steve Cartwright: I don't know if these games ever came out for the 2600, but they were available for other machines.  Dreadnaught Factor was released for Intellivision.

Q: Did you program games for Intellivision?

Steve Cartwright: No.  Activision had a group down in Pasadena, CA, that split off from Mattel.  They did the Intellivision games.

Q: Megamania is probably your most popular game.  Of the five you designed, which one did you enjoy the most?

Steve Cartwright: The best was definitely Frostbite, which was the last one I did for the 2600.

Q: Were you inspired by Frogger when you designed Frostbite?

Steve Cartwright: No, not at all.  About a month before Frostbite was released, an arcade game called Q*bert came out.  Then, a host of Q*bert rip-offs came out at about the same time.

Steve Cartwright: Well, the jumping and changing of colors was similar in some respect.  Although, I finished Frostbite before I ever saw Q*bert.

Q: What was your inspiration for Megamania?

Steve Cartwright: Megamania was basically a knock-off of an arcade game called Astro Blaster.  Astro Blaster was in the arcades around the same time as Crazy Climber.  It was the simplest game in the arcade; the only one I could play.

Q: Both Barnstorming and Megamania won awards for their design.  Seaquest, Plaque Attack, and Frostbite are quality games but appeared late in the 2600's popularity.  Do you think the reason for slow sales was due to the video game crash?

Steve Cartwright: Seaquest came out about the same time as River Raid, one of Activision's biggest hits.  From a sales standpoint, River Raid started selling well, so they pushed it and it overshadowed Seaquest.  Plaque Attack was completed in about a month-and-a-half.

Q: I noticed there are similarities between Plaque Attack and Megamania...

Steve Cartwright: Yes, definitely.  It was done quickly.  The time to complete a game was typically nine months and it was done in a month-and-a-half.  We pushed Plaque Attack out because something else was late on the schedule.  That was about the time of the beginning of the end.  Plaque Attack and Frostbite came out after the peak.

Q: It must have been discouraging to see the 2600 market fade away.  What was it like during the crash?

Steve Cartwright: I remember going to a CES show about a year before the crash.  Everybody and their brother had gotten into video games.  Quaker Oats was even doing video games!  We looked at these companies and laughed because their games were so bad.  We knew none of these companies would be around in a year.  What we didn't realize was that when they failed, they would dump all their product on the market.  They took the good companies, like Activision, down with them.  When the companies went bankrupt and dumped their inventories you could buy a game for $2.00!  It erased the market.

Q: Where did you find work when the 2600 market barreled out?  Did you program games on other systems?

Steve Cartwright: I started designing games for the Commodore 64 computer.  Hacker was my first C-64 game.

Q: Did you program the Atari computer version of Hacker, too?

Steve Cartwright: No, another programmer ported it over to the Atari.

Q: Which machine do you design games for now?

Steve Cartwright: IBM.  A designer typically finds one machine and sticks with it for 2-3 years.

Steve Cartwright: You could put a lot more time into the playability on the Atari.  You were basically working with one screen and fine-tuning playability aspects of the game.  With an IBM adventure game, you have to worry about 70 screens.  It's tough to get through all of this in the allotted time you have to design the game.  In terms of playability, there's no comparison.  The 2600 games still hold up today.

Q: If an Atari game took 9 months to complete, how long does it take for a computer game, like Search for the King?

Steve Cartwright: Search for the King took about a year-and-a-half because there was a lot of technology that had to be done upfront.  Once the technology was out of the way, it took about 9 months for the actual game.

Q: You've probably heard of the hidden secret messages in games like Adventure.  Is anything hidden in the games you designed on the 2600?

Steve Cartwright: Back then, we were trying to cram so much playability in the games that we didn't have time.  I don't think any of the Activision games have hidden stuff in them.

Q: I heard that if you "clock" the score on Frostbite, the score display changes to the word "Fishes" and some other Activision games have "!!!!!!" instead.

Steve Cartwright: That's not really hidden stuff.  When the game runs out of score digits, the score had to be "frozen", that's all.

Q: It must have been hard to work with so little memory in the 2600. Yet, all Activision games have great graphics and gameplay!  How did you push so much out of the machine to create superior games?

Steve Cartwright: Basically, we worked at it hard.  There was a lot of effort that went into those games.  There weren't really any "tricks".  Although, the guys that started Activision also designed some of the early Atari games.  They had more experience than anybody else.  When I joined, they taught me what they knew in terms of experience.

Q: Do you consider your programming work on the 2600 during the early 1980's to be influential to your career today?

Steve Cartwright: Yes, the 2600 was the first programming I had ever done.  When we were in college, there was no such thing as a home computer.  Microprocessors had just come out when we graduated.

Q: Could you tell me about the computer games you are currently working on now?

Steve Cartwright: A sequel to Search for the King, entitled Lost in L.A.  This time, we're using real actors instead of hand-drawn characters. 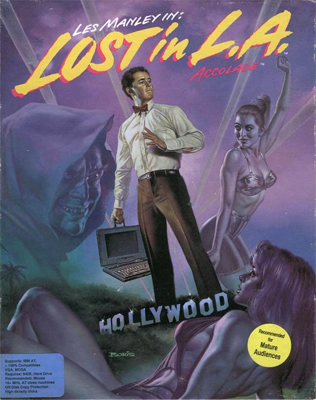 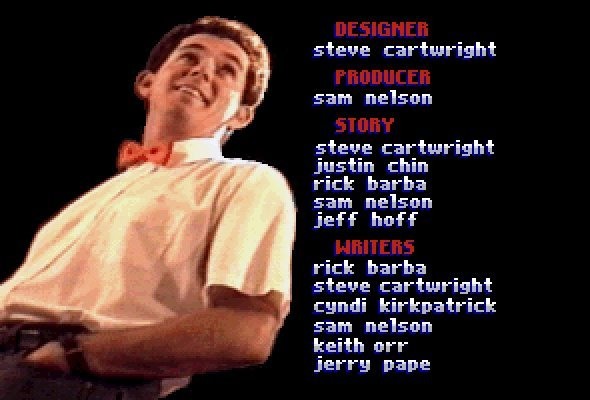 Q: What do you see in the future of video games?

Steve Cartwright: When CD-ROM becomes available for the 16-bit machines, they may dominate the development of software.  It's almost cost-prohibitive to produce an IBM game now because we can sell so many more of a Sega Genesis version.  We've shipped a few for the Genesis already.