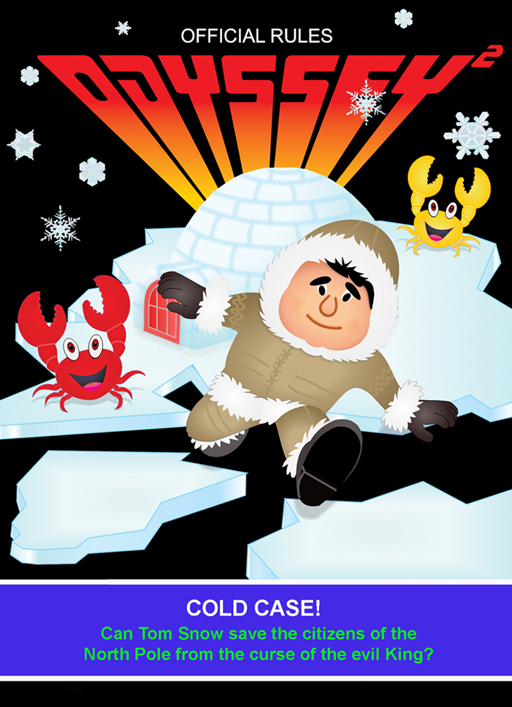 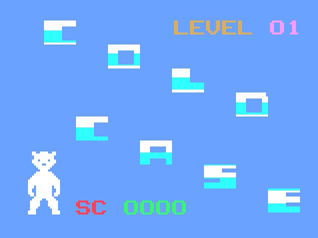 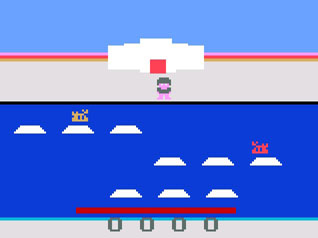 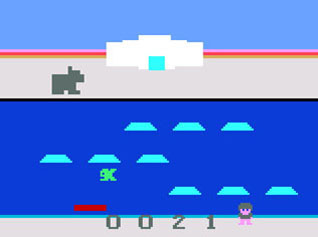 COLD CASE! is an 8K game based on Steve Cartwright's Frostbite for the Atari VCS/2600 by Activison.  This is a new game from Rafael Cardoso - his 19th for the Odyssey².  The game includes an 8-page manual and also features PLUS graphics for Philips Videopac+ G7400 owners.  A production run of 100 copies is planned, and each cart will be numbered (owners list).

The Game: An evil king has set his sights on ruling the Arctic and placed a curse upon the people of the North Pole, blocking all their igloo entrances and transforming the fish into killer king crabs.  The king will only lift the curse if the people pay him tribute.  Enter local hero Tom Snow to the rescue!  He has a plan to break the curse!  It involves jumping on all the floating ice blocks and changing their color from white to blue.  The first time he accomplishes this feat, a magical scepter  will appear before the igloo entrance.  Once he picks it up, if he can change the color of the ice blocks again, the curse will finally be broken!

The object of the game is to help Tom Snow unblock igloos by jumping on floating blocks of ice.  Be careful to avoid these deadly hazards: killer king crabs, grizzly polar bears, the subfreezing water, and the rapidly dropping temperature.

PLUS graphics for Philips Videopac+ G7400 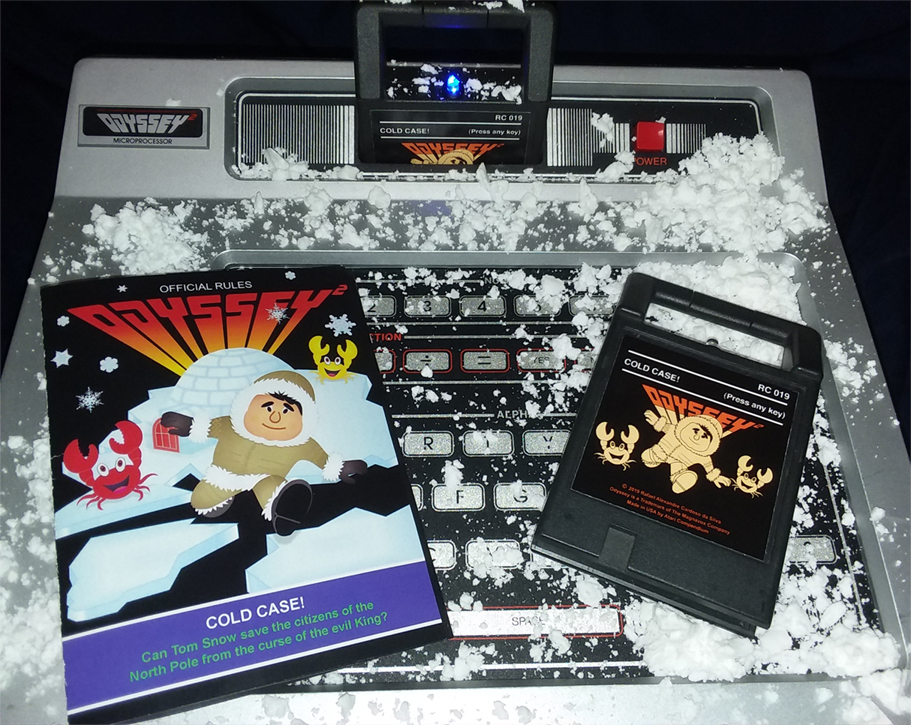 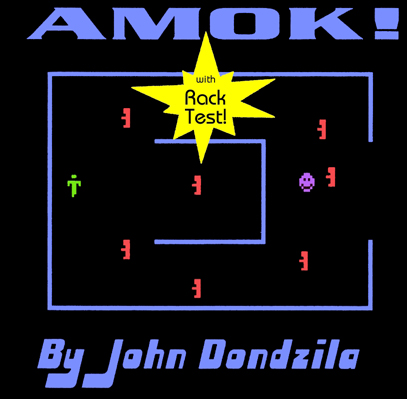 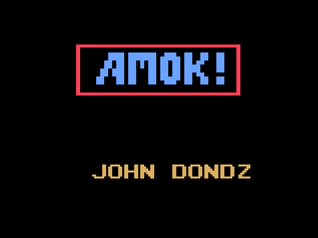 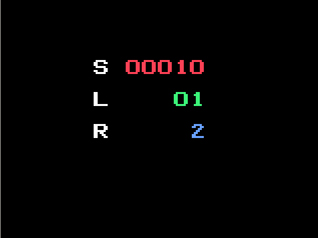 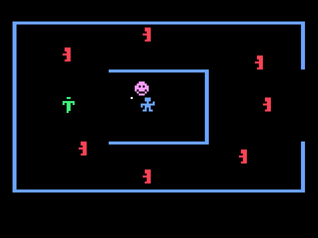 AMOK! is a 4K programmed by John Donzila (Classic Gaming Creations) and is a port of Stern's Berzerk.  It was made back in 1998 and was the first homebrew game ever made for the Odyssey².

Description: You’re alone in a maze filled with armed, hostile robots who only have one mission – to kill you.  If you even so much as touch the walls, you’ll wind up dead.  You’re a little bit faster than the robots, and you have human instinct on your side…but even that won’t help you when SmileyBot, a deceptively friendly and completely indestructible smiley face, appears to destroy you if you linger too long in any one part of the maze.  The object of the game?  Try to stay alive however long you can.

This cartridge is a 'special edition' version of the original.  I discovered a modification can be made to this game that allows you to select which level you want to start at!  With a simple switch, the game will start automatically advancing through each level (i.e. commonly referred to as a rack advance feature in arcade games).  When the level you want to play appears, simply move the switch back and start playing!  Here's a video I did of it showing it cycling through all 100 levels: 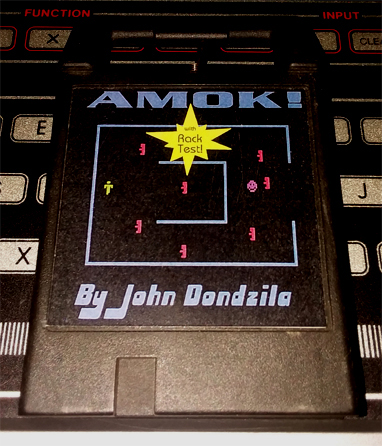 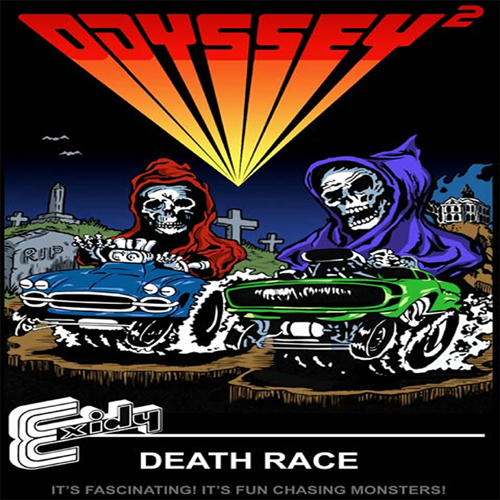 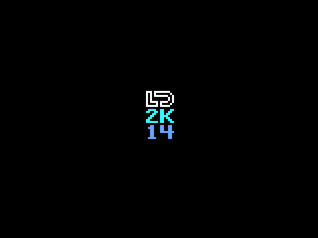 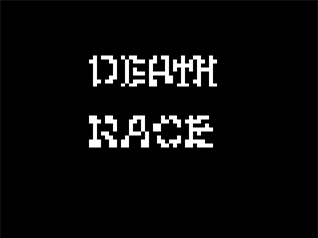 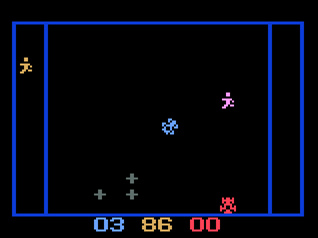 Death Race is a 4K game programmed by Ivan Machado and is a port of the 1976 arcade game by Exidy.  Death Race pits the player against an intelligent acting, evasive, running Gremlin. Unlike most "player versus machine" games, the "machine" in this case does not simply repeat an action or sequence, but actually "sees", "thinks", and "acts" as intelligently (and even more rapidly) than would another player. The result of this is that each game is a new and different experience.

The object of the game is simple. Hit a Gremlin and you win a point. There are two Gremlins running around the playing field in a random fashion. They are intelligent robots in every sense and will avoid all objects so long as they can see a way to escape. You drive one of two cars which are completely under your control. You can steer them anywhere in any direction within the playing field; move forward in low or high gear; and move in reverse when necessary. You can drive as fast, but no faster than the Gremlins can run.

When you hit a Gremlin a tombstone (cross) will appear and remain in that same spot until the game is over and a new game begun. Whenever you hit a Gremlin on the playing field, the cross will remain. Thus, each game creates its own totally random and different maze of crosses that each player must steer through while chasing the Gremlins. The more hits, the more crosses; the more crosses, the harder the steering becomes. Thus, it becomes increasingly difficult to maneuver as your skill increases.

*Note - the crosses aren't appearing correctly in the video below, but that's due to how the video was made, and not a glitch in the game itself. 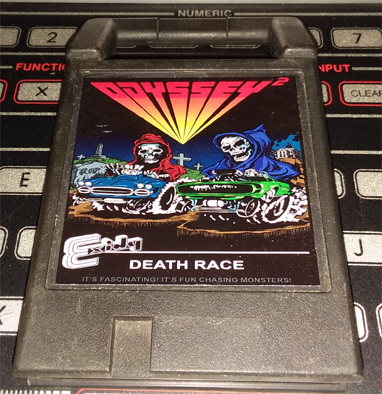 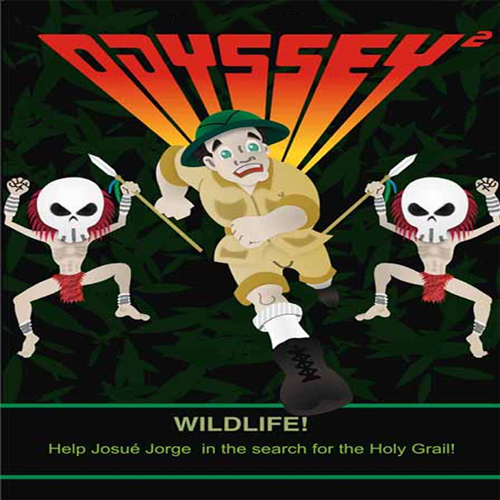 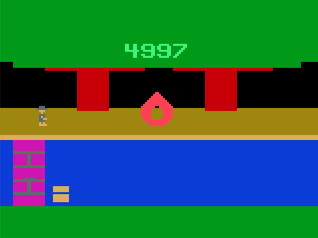 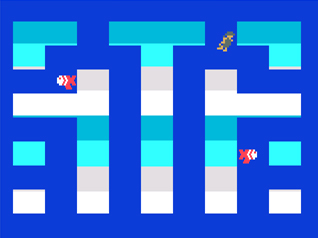 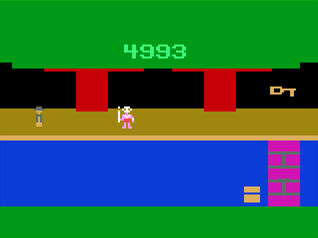 Wildlife! is an 8K game designed and programmed by Rafael Cardosod, and features a "jungle adventure" style of gameplay that has never been available in the library of Odyssey2 / VIDEOPAC videogames. The inspiration for Wildlife! comes from the famous Atari VCS/2600 games Pitfall! (by Activision) and Adventure (by Atari)

First, you'll need to obtain a key from a wild native. Next, you'll have to swim through an underwater maze to find the Holy Grail that's locked away in a chest. But there's more than 1 chest... 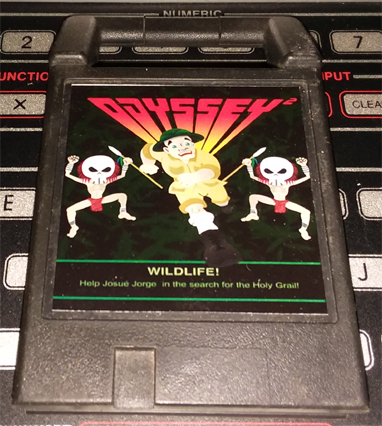