• A prototype exists, dated 6-01-83, that lacks voice and has a few minor differences (2 more levels, no copyright info on screen, etc.).

• “Necktie” trick - If you’re lined up exactly right, a robot’s laser fire will sail harmlessly through your neck!  This trick is also in the arcade version.

• When a robot is shot, the image of Evil Otto briefly appears, much like in the VCS version (picture #1).

• BUG: When using either the top or bottom exits, just before the screen stops scrolling, the lower half of your character will briefly appear at the very top of the screen (picture #3).  Sometimes a small dash “-“ also appears at the top-left part of the screen when it is scrolling.

• BUG: Move your character as close to the left exit as possible without leaving the screen. When Evil Otto appears, he will bounce towards the right and keep going off-screen. After a few seconds off-screen, he wraps-around to the left and will kill your man if you haven't moved (picture #4).

• BUG: If you restart the game while Evil Otto is on the screen, sometimes part of his face will remain on the screen (picture #2).

• BUG: Robots at the very top of the screen will sometimes blink (usually their feet). 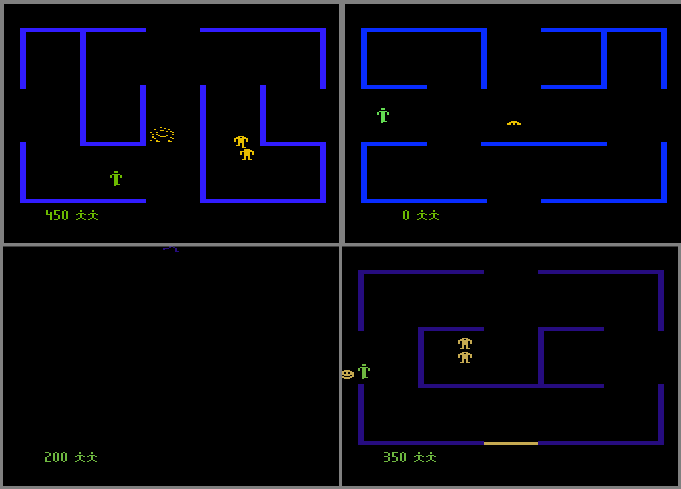