• The Sea Hag is missing from the first H-E-L-P! round, but she’ll appear the 2nd time you reach it, and every time after that.

• BUG: Brutus can’t hit you if he’s approaching you from a platform below you and you stand with your legs straight.  This can be done on all 3 rounds (pictures #1-#3 and video #1) and is easiest to do using the top platforms since the sea hag won’t appear on them.

• BUG: On the love notes round, if you grab the spinach and time it when Brutus is above you and just about to reach down, you’ll hit him.  After he climbs out of the water, he’ll stay on the bottom level unless he hits you (video #2).  {Scott Stilphen}

• BUG: On the H-E-L-P! round, Brutus won’t try to reach up and hit you if you stand near the left edge on the top platform (picture #4 and video #3).  Instead, he’ll just keep pacing back-and-forth.

• BUG: The collision-detection with bottles and vultures isn’t consistent, with punches either going right through bottles or causing your demise even though you weren’t even touched (picture #5).

• BUG: A rare glitch on the H-E-L-P! round that allows letters to keep falling even after catching enough to complete the top ladder (video #4).  {Scott Stilphen}

• RUMOR: Bluto throwing 7 or 8 bottles on about the 3rd or 4th love notes round. 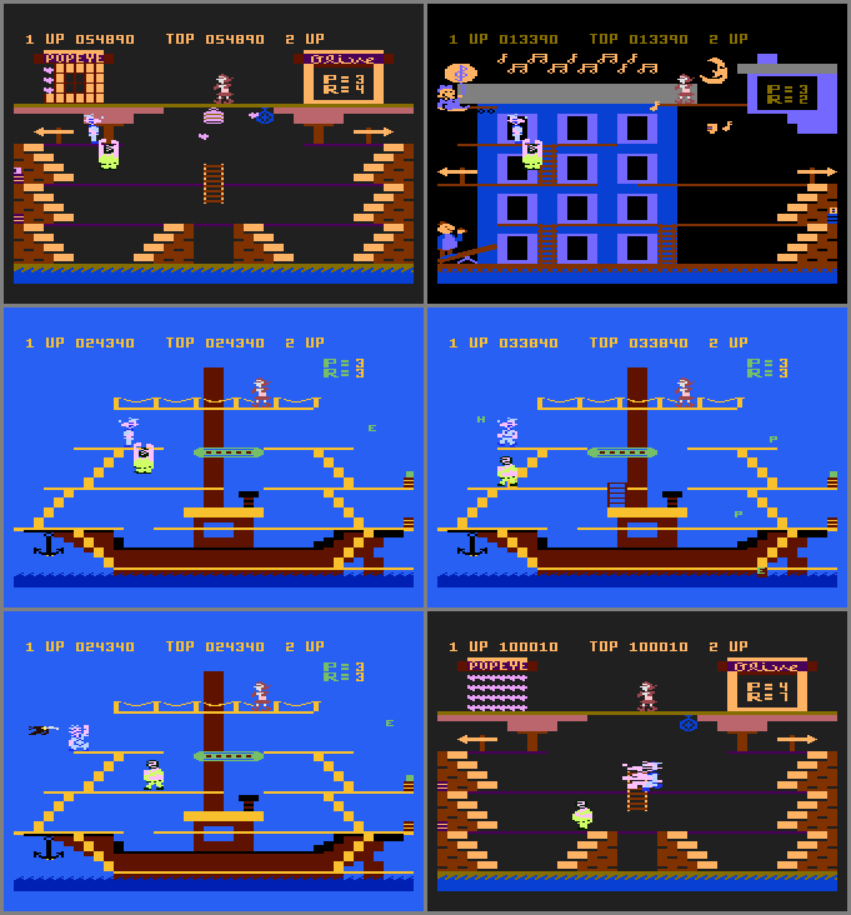 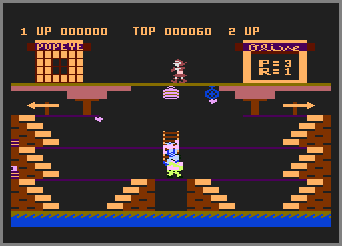