• When you beat the 11th section, you get a simple “congratulations” for your effort (picture #1).

• It’s possible to keep playing the base level indefinitely as long as you don’t pick the booty up.

• BUG: Launched rockets will actually wrap-around to the bottom of the screen (picture #2).

• BUG: The manual doesn’t mention it, but you earn a free copter if you complete the base level (the reserve icon for it doesn’t appear at the bottom of the screen). 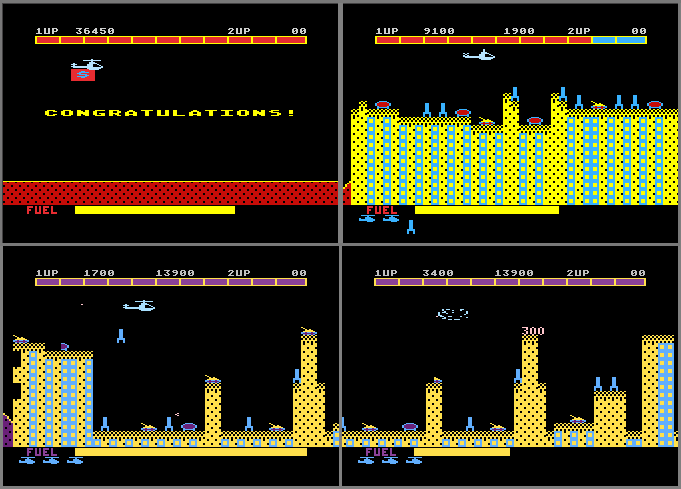