• HIDDEN MESSAGE: (32K version only) – During a game, type “STE6502”. The message “GREATINGS FRIEND OF STEVEN RIDING >TOPMAN HIMSELF<” will appear (picture #3).  You can move your diver around and fire the harpoon, but there doesn’t seem to be anything else to do.  {Frantisek Houra}

• BUG: If you press START to start a new game, type in the code again during the level status screen and before the game starts.  You might see a screen where all the colors are flashing (picture #4), similar to what happens in Air Strike II, or you might trigger a cheat mode where all the creatures stop swimming and instead just shake in place. This makes completing levels much easier!  {Frantisek Houra} 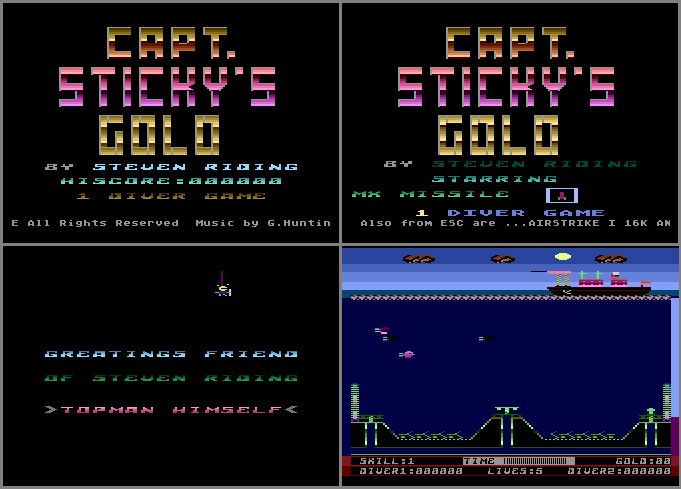