• The 5200 version (pictures #1 and #2) is a greatly-improved one visually, compared to the 400/800 version (pictures #3 and #4).  It also features a little animation on the title screen which may be unique to any other 5200 games – after a few seconds, the “Centipede” name scrolls off the right side of the screen (picture #1) and then the screen fades out.

• The flea will appear regardless of how many mushrooms are near the bottom of the screen.

• The most reserve lives you can have is 6.

• BUG: When using the tunnel strategy, the head of the centipede will sometimes break off and jump down when you’re shooting at it (see video).  {Scott Stilphen} 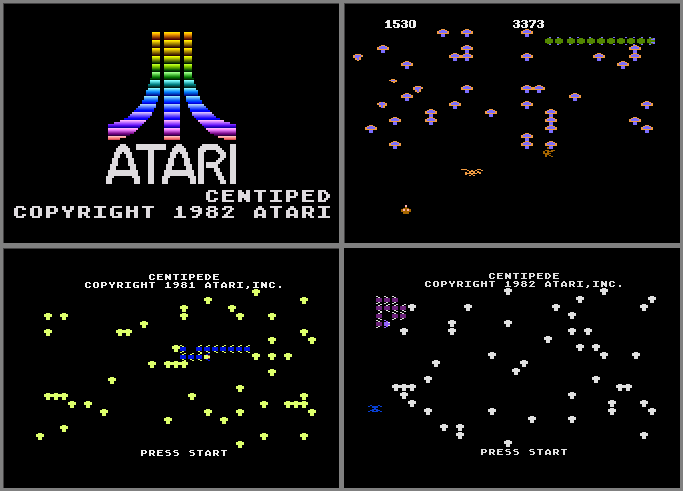