• BUG: The hostages will run toward the chopper when you land. When they almost reach you, move a little closer to home and land again (shooting any tanks that approach). Keep doing this until they are right by home base. They will enter the building, but won't be counted by the game (and new enemies like the jet & satellite won't appear unless you actually land on the pad and release at least one hostage). Just by having a hostage run all the way back will make the game impossible to beat, since another one won't leave the prisons to take the place of "uncounted" ones.  {Kurt Howe} 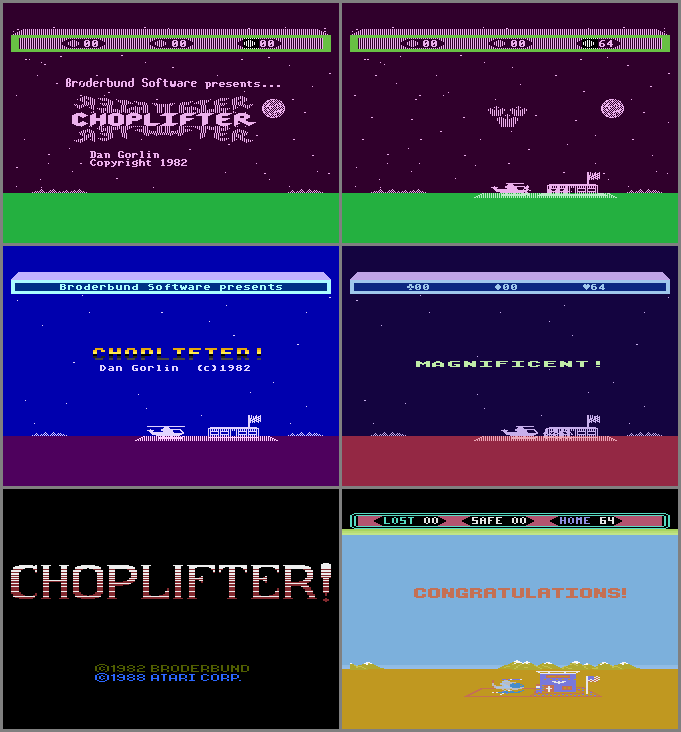