• EASTER EGG: At the title screen, hold down the FIRE button on joystick #4 and then press OPTION – the message “THE SECRET MESSAGE” will appear (picture #1) in place of “PRESS SELECT FOR”.  This only works with the original released version.  {Frantisek Houra}

• 2 prototype versions exist. One is similar to the release version, except the rock graphics are different. The other has a nicer title screen, sound effects when changing settings, and a longer air hose.  However, the gameplay is rough/slow. Also, your character comes out to dig the tunnel for every new round, and if you drop a rock on yourself just as the last enemy escapes off-screen, it will pass through you but you’ll still die, and you won’t actually lose a life - the game will advance to the next round, even if no lives remained!

• 3 versions exist!  The original released version (pictures #4 and #5) resembles the prototype version. Atari later released the 5200 version for the 400/800 (pictures #6 and #7), which included a “Dig It!  Player Update” info sheet, detailing such changes as the added difficulty levels, a children’s level, and other enhancements (able to continue at the last level reached, inflating monsters when they are ghosts, etc).  But the vegetable graphics shown are from the original version.  Datasoft also ended up re-releasing the 5200 version (with an extra title screen – pictures #8 and #9).

• BUG: Pumping the last Pooka just as it’s about to leave the screen reveals a graphics glitch with it (picture #10).  Scott Stilphen

• RUMOR: (original version) 2 byte-rollover bugs exist. At level 128, the veggie becomes a white Pooka worth a lot of points. Also, when you roll the levels over after 256 screens, the next level has no vertical tunnel (since normally it is dug for you when you begin a new game).  {Kurt Howe}  However, Scott Stilphen played the original version (using Atari800Win) up to level 130 and never saw a white Pooka for a veggie, but it’s common for the brown pineapple to be white sometimes. 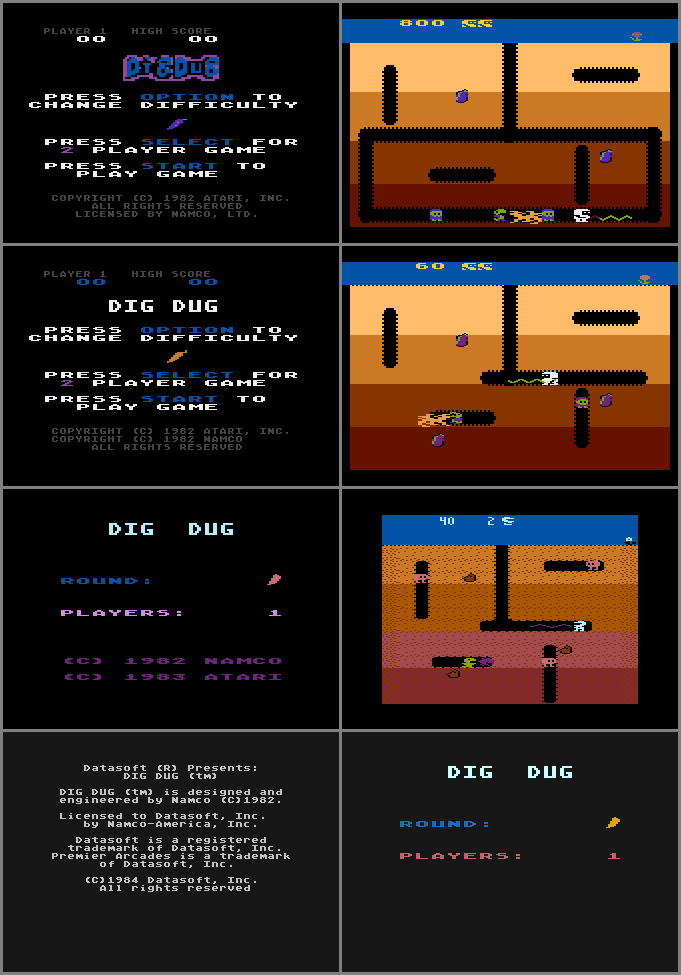 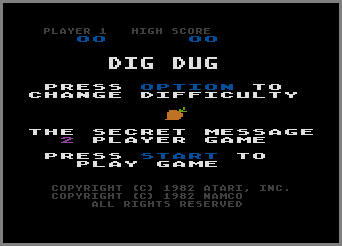 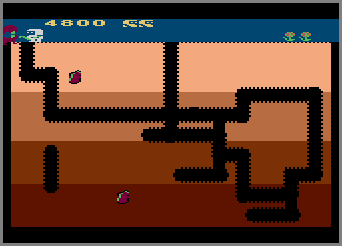