• 3 versions exist.  Sierra released versions by both Chuck Benton (tape only? pictures #1 and #2) and John Harris (tape and disk - picture #3).  Chuck’s version offers head-to-head play for 2 players.  John’s tape version differs from his disk version in that it doesn’t have any music, otters, or an option to save high scores.  Parker Brothers released a cart version (picture #4), which was actually a modified version of Sierra’s (John Harris’s) code under an agreement with them.  The PB version has a 2-player option, improved graphics, and only 8k (no music during the game, only at the beginning of a level), compared to John’s. 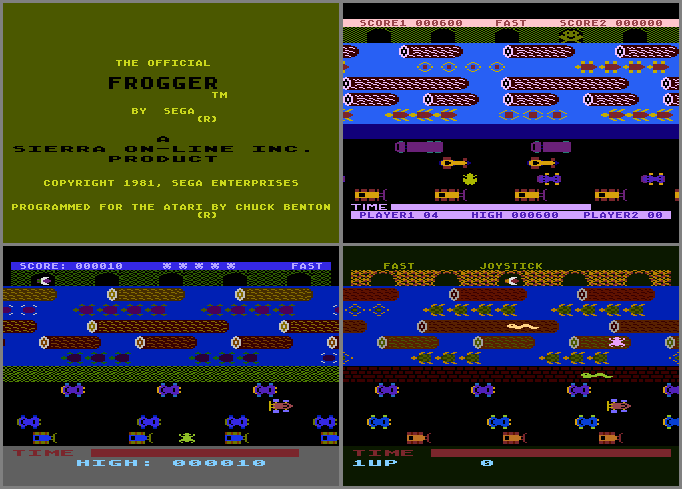