• 4 versions exist.  The first (picture #1) was released in 1981.  This was based on an earlier (unreleased) version that was a near-exact copy of Pac-Man.  Soon after it was released, Atari sued On-Line Systems.  John Harris created a demo (picture #2) for the court case, to draw a comparison between his Jaw Breaker and the original dot-eating arcade game Head On.  This version ended up getting copied over their masters for Jaw Breaker and released!  Since the game wasn’t meant for release and wasn’t fully playable, Harris had to go and quickly fix this version, as well as change the original maze (which was an exact copy of Pac-Man’s maze), which was then released (picture #3).  The last version (picture #4) was released in 1983.

• According to John Harris, Ken Williams of Sierra told him to ‘disguise’ the game in order for them to sell it, so John added sunglasses and mustaches to all the characters, but that wasn’t good enough.  The disguised monster from this version was later used in Mouskattack (picture #5). 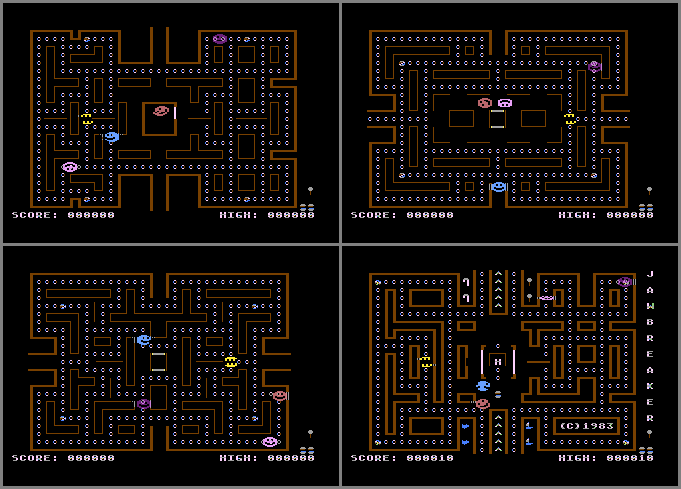 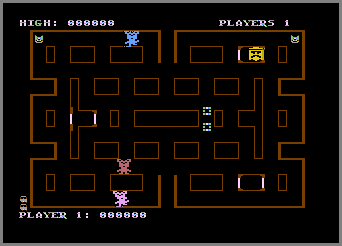