Journey to the Planets

• 2 versions exist!  The original was released by JV Software (on disk?) and says “JV Software” on the screen (pictures #1, 3, #5, and #7).  The game was later released on cart by Roklan and says “JV/ROKLAN” (pictures #2, #4, #6).  The other differences between them are the title screens (pictures #1 and #2), landing options (original version has “normal” and “hard” landings; the re-release doesn’t have options, death screens (pictures #3 and #4), and ending screens (pictures #5 and #6).  Also, the original version has a reverse gravity option, clouds in the landing/takeoff screens that throw you off course when you touch them, planet re-entry screens that show miniature renderings of the full planet surface (picture #7), and a much more difficult landing on the final planet (see below).

• In the end game on the original version, the planet always moves diagonally whenever touched by the spaceship. The diagonal direction is one space horizontally and one vertically in the opposite direction of the space ship movement. For example, moving up and to the left will cause the planet to move down and to the right. The idea is to maneuver the plant to a corner (such as the bottom right) and approach it from the far corner (moving up and to the left, in this case). Since the planet cannot move any further in its programmed direction, it will let you enter.  On the Roklan version, you simply have to find and land.  {Jack Verson} 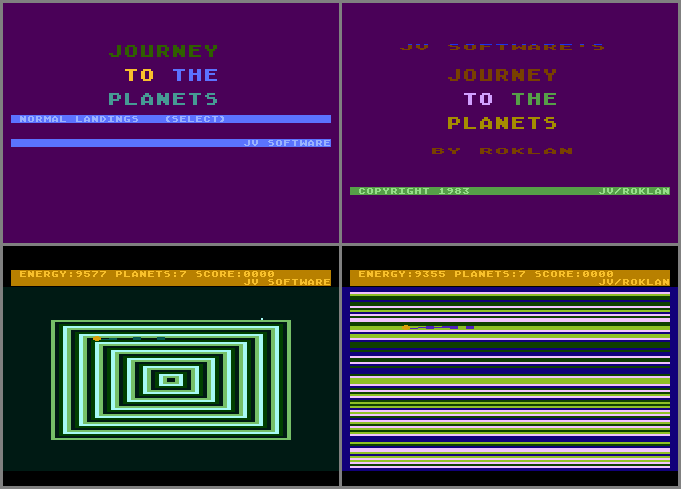 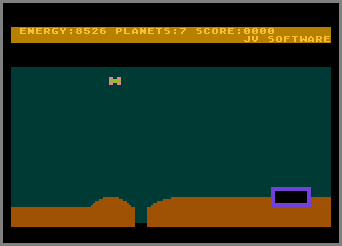