• EASTER EGG: Programmers Gary Stark and Bruce Poehlman admit to putting a few hidden extras in the game, but they don’t recall how to trigger them.  One that’s been seen is the Starship Enterprise will sometimes make a brief appearance (by the sun) when recharging.  There is a clock timer, and if this timer is $00 or $80 at the right moment of recharging, the Enterprise will appear (picture #1 and video).  Unfortunately the timer clocks rather slow (from $00 to $FF) so it's very unlikely you will see this effect without cheating (the odds are 1 in 128), as there doesn’t appear to be a method to either resetting or resetting the timer in the code.  The graphics for the Enterprise are stored in the Atari 8-bit version at $3A40-$3A42 (bytes $E7, $12, $1C).

• 2 prototype versions exist!  It seems the only difference between the 5200 (picture #2) and 8-bit (picture #3) prototypes is the title screens.  Note the missing copyright information in the first version, as well as the different mountain terrain.

• This originally started as a game called Orbiter, which was later adapted to be based on the movie, THE LAST STARFIGHTER, and eventually released for the 8-bit computers under the name Star Raiders II.  Although a Last Starfighter prototype version exists (pictures #4 - #9), which has a number of differences to SR II (both cosmetic and integral – pictures #10 - #15), the gameplay is essentially the same in both. Some of the major changes are: 3 Star bases have been added in SRII, although you can still refuel by flying to a star; the barrier was removed (picture #12), and 2 planets were renamed - one in each system (pictures #6, #7, #12, and #13). 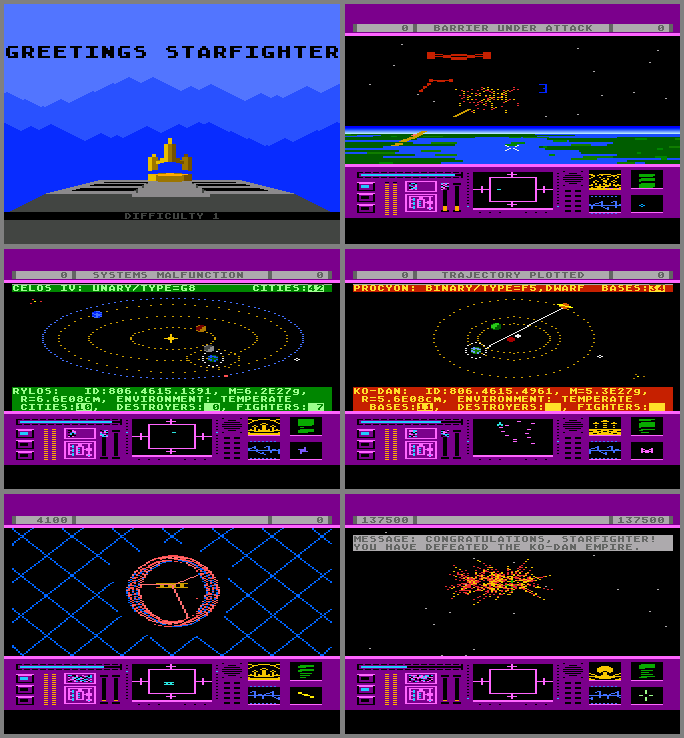 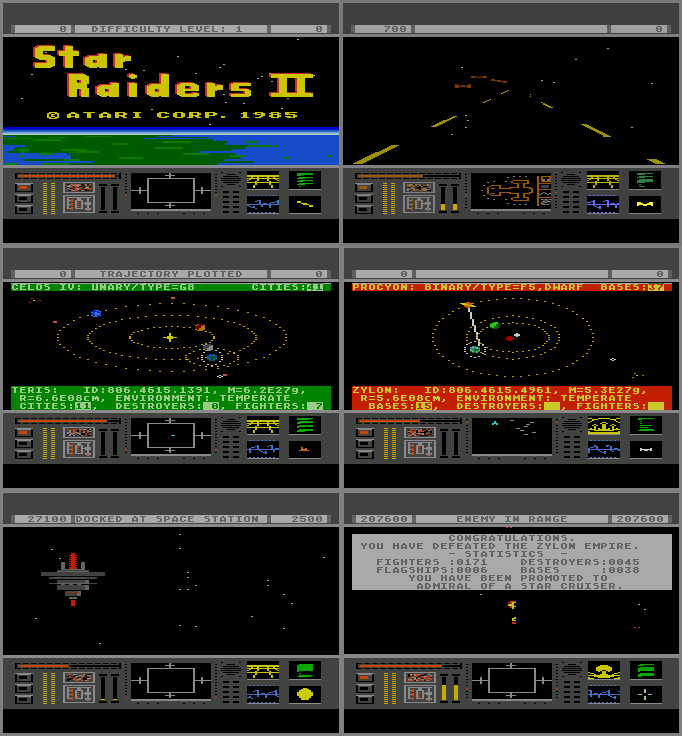