• 2 versions exist.  The original was released by Roklan on cartridge (picture #1) and is incomplete.  Very few copies made it out.  When the company folded, the game was licensed to Antic Software who released it on disk (picture #2).

• The Antic version has more animations on games 1, 2, and 4, as well as the special ending.

• The instructions say to hold down OPTION, SELECT, and START to jump right to the special ending.  You also can see it if you let the program run.  After a few minutes, the special ending will automatically appear (video #1).

• BUG: Roklan version - When the game ends, it never goes back to title screen unless you press OPTION. On the XL/XE, the title screen will no longer show the copyright info unless you warm RESET it!

• BUG: In the Childhood game, it’s possible to trap yourself by dropping blocks too close to each other (picture #3).  When this happens, you won’t be able to pick up any blocks or even move away from the area.  This can happen in both the Roklan and Antic versions. {Scott Stilphen}

• BUG: There’s no way to reach the ending in the Roklan version.  After completing the Experience Corridor game for the 4th time, it goes right back to the title screen (picture #4).  {Scott Stilphen} 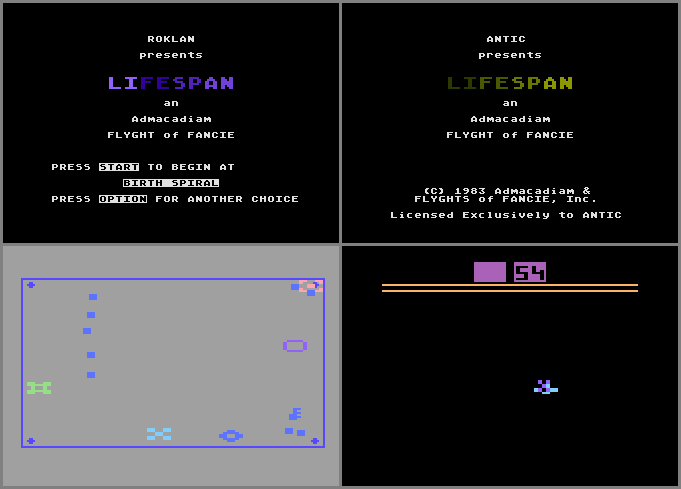