• BUG: In a 2-player game, player 2 won’t be able to control their last life.

• BUG: In a 2-player game, if a player dies and they press the fire button before the other player does, the game will recognize the input (and advance the game to the next screen), but when the gameplay starts again, neither joystick will respond until that player dies.

• BUG: In a 2-player game, if player 2 exits the first room and enters room 2, you’ll be trapped in that room with no way out.

• BUG: Some online disk versions have a bug that shakes the screen once you enter room 6.  You can continue playing but you won’t be able to shoot.  Also, all of the enemies will remain small.  Occasionally the game will freeze for a few seconds and then continue.  You’ll also occasionally be killed by an invisible enemy (especially in the lower-right corner).  The online cassette version doesn’t have this. 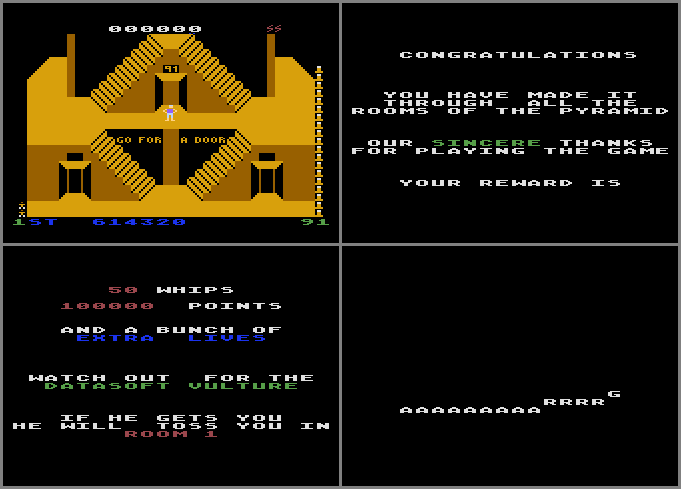