• At the end of the 8th wave, the mystery ship comes down and takes your ship.

• BUG: The cart version is not fully compatible with the XL/XE.  When the mystery ship appears, you get a high-pitched, almost inaudible tone, and no sound f/x when you shoot it.  {Scott Stilphen}

• BUG: Your shots sometimes go through an invader that’s at the lowest level of the screen.  {Scott Stilphen} 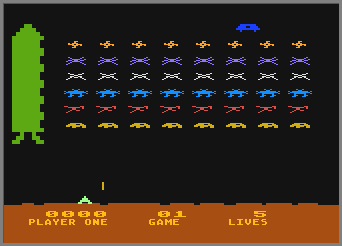 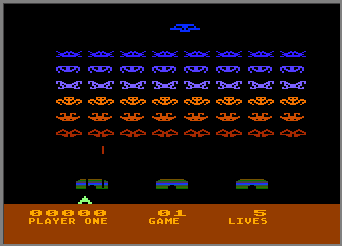