The Spy Strikes Back

• HIDDEN MESSAGE: As with the original game, Spy’s Demise, this game also has a cryptograph message.  As a sales incentive, Penguin Software announced “The Spy Strikes Back Contest" - the first person in each state, Canadian province, or country to solve the coded (cryptograph) puzzle won $100 worth of software.  In the game, every time you find a spy icon, a screen appears with a row of 13 clues (represented by spy icons). There are a total of 9 icons to find., for a total of 117 clues (picture #1).  Pressing SELECT moves the arrow to the row you want, and pressing START causes the icons to change colors.  Each icon has 2 colors, which is how the cryptograph is “encoded”.  Below is the complete list of clues, along with the correct(?) solution:

SOLUTION: "Not a capitol but has only one salt can be found on its east.  Its constitution is wooden and it lies in the land of the free. Send answer to preston" (last letter is unknown).

The last letter can't be confirmed by the programmer, as he doesn't remember what it was. Apparently "Preston" was the name of the company's mascot (Preston Penguin), but the last color combination was only used once, so it could be any letter that wasn't used.

The answer is “Boston”.  The “salt” refers to the salty Atlantic ocean that borders the city’s east side.  The “wooden constitution” refers to the USS Constitution, which was built in Boston. “Prestong” was likely a code word to signify a person’s letter was for the contest. When asked how that could be the answer (since Boston is the capital of MA and the first clue says “not a capitol”, the programmer had this to say:

"Many people in the U.S. think that Boston is the capital of Massachusetts, because it is the largest city in the state. It is not. But it has 'one capital'.....'B'."

It would have been impossible for anyone to arrive at the correct answer unless someone surmised the first clue was incorrect., since Boston is the capital of MA (which might explain why most people think it is…). 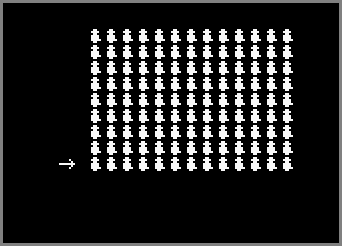