• BUG: There’s no way to actually run completely aground (intentionally going towards a coastline while completely surfaced).  The worst that might happen is you might hit a peak.  You can continue driving inland as long as your fuel and battery charge lasts, but as soon as you turn around, you’ll immediately move away from the coastline.  {Scott Stilphen}

• BUG: The one exception to the above glitch is if you position your crosshair in the small notch along the west edge of the map (picture #2).  With the sub fully surfaced and moving west at full speed, after some time you’ll see a line being drawn from your position, moving to the left side of the screen (picture #3).  At this point, you can move in any direction, as the line will continue moving.  During the rest of the game, other lines will appear, and eventually wrap-around the screen from the right side (picture #4)!  {Scott Stilphen} 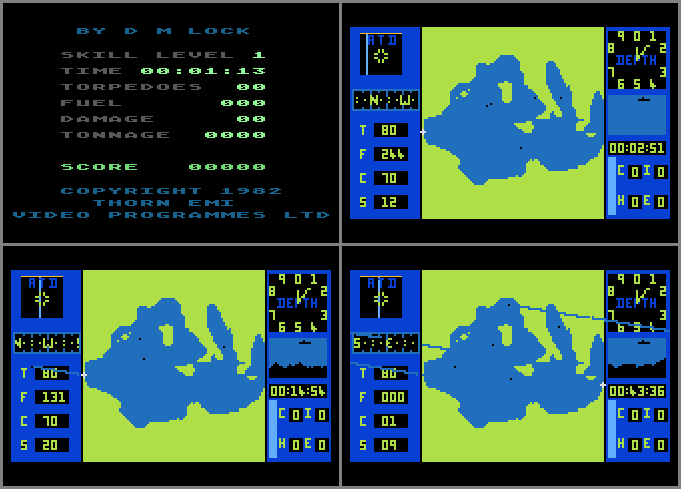