• 2 prototype versions exist (pictures #1 and #2) that are different from the released versions (pictures #3 - #8) in that they have no title screen, no sound, no ending (the level counter will max out at 99), a slightly different status bar (and no belts), and slightly different background graphics (there’s more reflection in the water in the Sydney scene, and the railing is missing in the NYC scene).  One version only has the NYC background while the other has Sydney, NYC, and Mt. Fuji.

• 2 release versions exist.  The U.S. version is titled World Karate Championship (pictures #3, #5, and #6) while the non-U.S. versions are titled International Karate (pictures #4, #7, and #8).  Aside from the title screens and some text that appears on the bottom of the screen on the International version (pictures #7 and #8), they are identical.

• A cassette version also exists that only has 2 different background scenes (Sydney and Mt. Fuji).

• There are 7 different locations, which can be changed at any time by pressing “ADZM”. 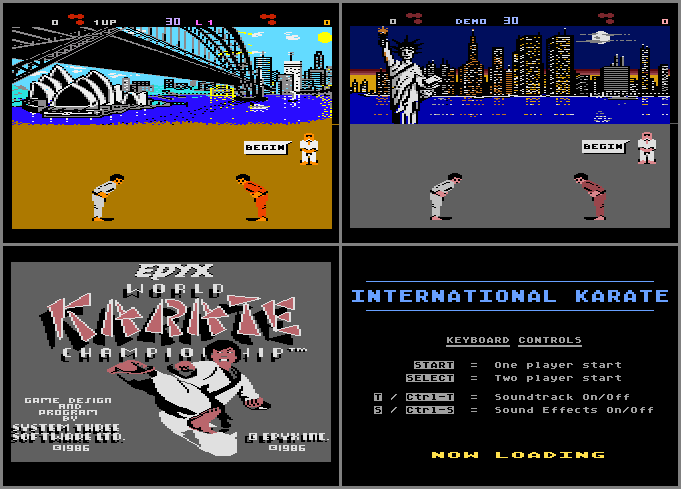 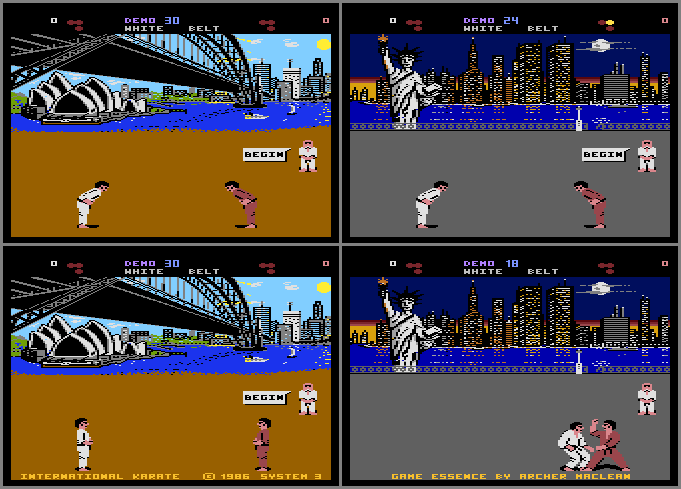