• 2 versions exist – 16K (cart and cassette – pictures #1-#6) and 32K (disk – pictures #7-#12).  The 32K version has different credits, a better title screen, missiles that launch from the silos, ships in space that change size, and a larger Zaxxon robot.  Also, the 32K Zaxxon needs to be shot in the missile to destroy it; the 16K version merely needs to be shot.  Several other differences in gameplay also exist (such as not being able to move left or right).  The Datasoft version has some extra text - “Player (I)” or Player (II)” (picture #12).

• Lacks the satellites that fly by in space.

• BUG: When the player’s ship explodes in the cartridge version, it always appears in the bottom-center of the screen, regardless of where the ship was located.

• BUG: Your ship will sometimes explode if you fly over a certain area that looks clear of enemies.  This has been confirmed to be a bug in the program, possibly with the collision-detection.

• BUG: A small line appears above your ship at the very top of the screen. 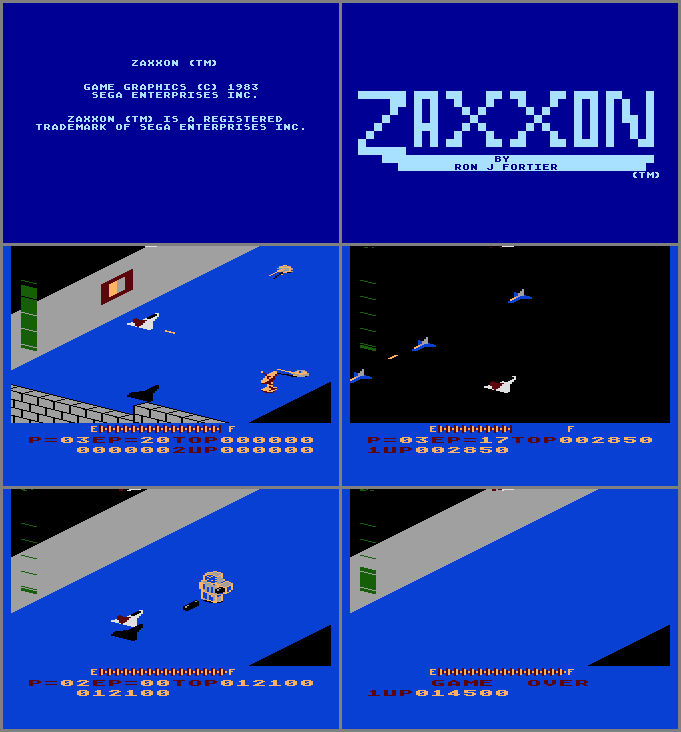 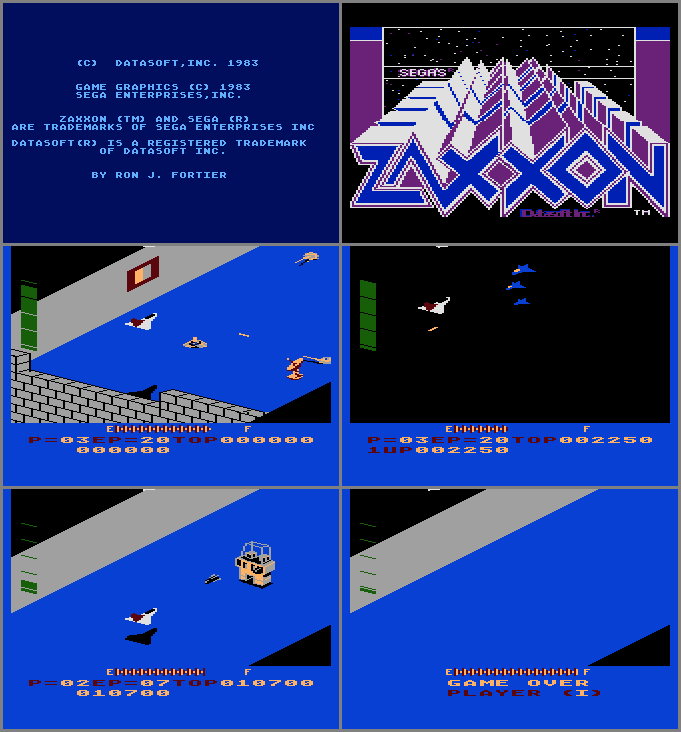