• There are several differences with this version, compared to the others:

There are no chute screens.

There are no spiders or objects in the center of the rooms.

The poison timer will not run down faster the longer you’re in contact with a snake.

The game ends after finishing the 3rd level (picture #5); with the other versions, play continues.

• The codes are part of a contest Sunrise Software was running called the Quintana Roo Treasure Chest.  According to this memo, "the contestant will use clues hidden inside the game to locate the treasure chest which is buried somewhere in the Yucatan peninsula.  In order to win the Quintana Roo scholarship the contestants must use their sleuth-like skills to tell us the exact location of buried chest."  The first 2 codes are actually Earth coordinates (latitude and longitude) which points to a city on the east coast of the Yucatán Peninsula in Mexico - Chetumal, the capital of the state of Quintana Roo.

• BUG: The manual doesn’t mention it, but completing a map vault is worth 6,000 points.  {Scott Stilphen}

• BUG: There is an invisible line just below the base of the wall, which can be seen whenever a snake or mummy crosses it (picture #4).  The snake’s head will disappear when it’s at the top of the room b/c of it!  {Scott Stilphen}

• BUG: The game glitches out after awhile.  After putting a rock in the hole, it will simply reappear in the vault room (after going outside and returning to the vault room) and the vault door can't be opened anymore.  This usually happens around over 100,000 point.  {Jeff Adkins} 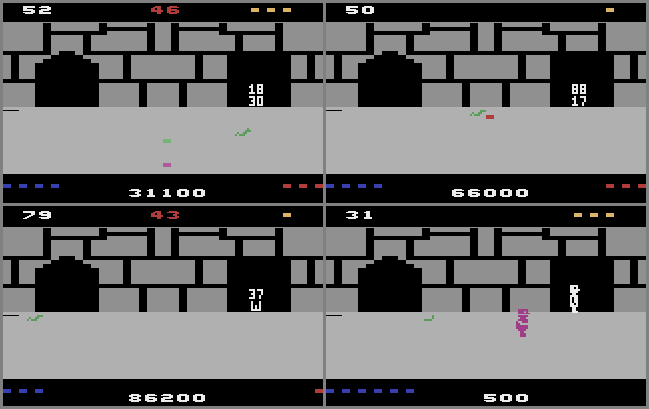 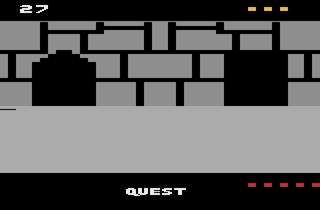